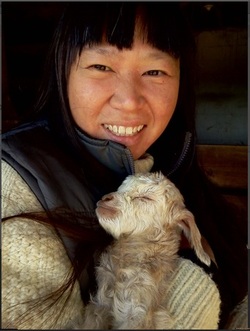 Then after the birth of her child Lulu, she decided to switch her life 180.
She moved to the beautiful Blue Ridge Mountains of Western North Carolina. Along with her happy go lucky attitude, she is determined to live outside the box and live off the land a little more than she did in NY.

Only in the short time of 2 years in North Carolina, Joanne has acquired the skills of butchering a road kill rabbit, dress a chicken, play the violin, learn to identify edible wild plants, turn chicken feathers into hair accessories ( being sold at Asheville Art Museum shop) and many more. Please join us to share some of her off beat adventures and stories. 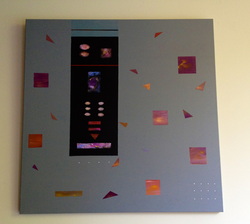 An unorthodox exploration of the Heart Sutra
A popular Buddhist teaching, commonly practiced by millions of disciples around the world.

Synn Kune is a scholar in the ancient mystery school teachings from China. His special distinction is his investigation into the inherent meaning of the Chinese written word, which sheds new insights into the understanding of the Heart Sutra, leading the audience into a simple practice that can be applied in everyday living ...

... illuminating the five senses, transcending every hardship in life ....
(from the Heart Sutra) 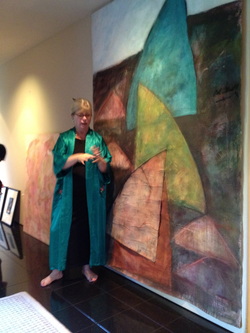 
The blue works in the Salon are from the Waterways series dealing with the theme of the movement of Water and the effect on the planet. Things are shifting and changing in our natural world with the melting of the polar caps and the rising of water levels. This work deals with the perception that the norm in the landscape and our relation to it is profoundly changing. The paintings have in a formal element, a portal to examining this new phenomenon and in that stillness to reflect and observe and contemplate the mystery. This is in a sense of falling away of land and life as we know it and these works point to a coming moment in time, and sooner than we now realize.  There is juxtaposition in the work of the tranquil and then the activity below and the formal element of band spanning across the view which creates a portal window. Movement of water is the key to the imagery; from polar ice flows or land forms that are ebbing away. Distant views of these effects on a global level are emerging in this body of work.

The painting is emerging in a gestural, measured in form approach and explores a seductive colour palette that may obscure what is at the heart of the image.


Judith M. Atkinson is a Professional Artist with an extensive exhibition record and studio practice. She is an Honours graduate of Emily Carr University of Art & Design, and studied at the Banff School of Fine Arts, Capilano College and with ECUAD in Florence, Italy. She is a Fine Art Instructor with Langara College, The Shadbolt Centre for the Arts, Capilano University and Evergreen Cultural Centre and has worked in all Lower Mainland School Districts, and as an Artist in Residence with the Vancouver School Board. Judith will be leading a Painting in Tuscany with Continuing Studies for Langara College in September of 2013. 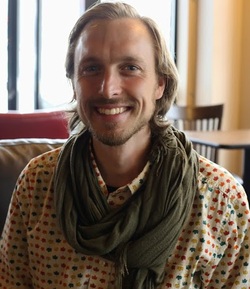 Gabriel Pliska is part of Vancouver’s growing movement of ‘urban farmers’and Frisch Farms is Gabriel’s hyper-local farming initiative. He is called to put all his energy into the mix for the sake of the next generation. His passion is to see urban farming cultivated in the urban core. In this salon, he will share his journey as he dives into everything from urban farming all the way to getting super nutrient-rich food into the hands of everyday people. It's about sharing knowledge and searching the ends of the earth to find the most reproducible, low-tech, self-sustaining, high-yield methods of urban farming, and hence to build up our caring community here in the urban core. You are a part of the solution!  So, come join us to grow urban farming in modern living! Garden tour and harvest is included (weather permissible) 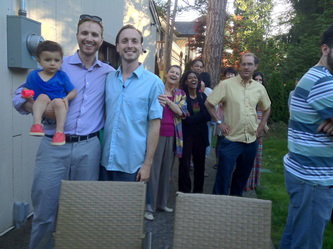 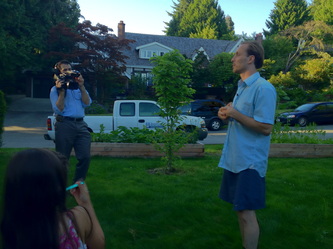 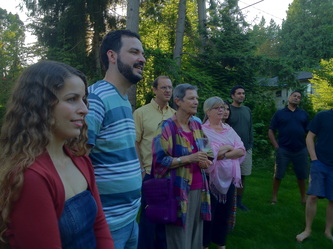 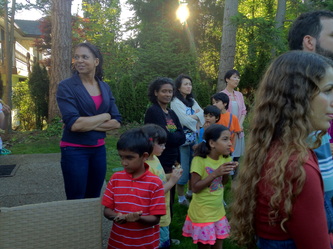 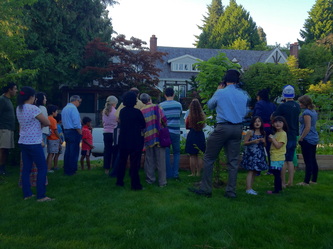 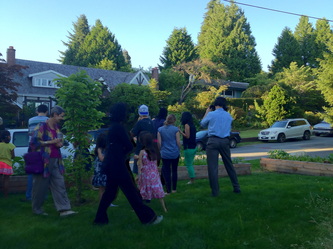 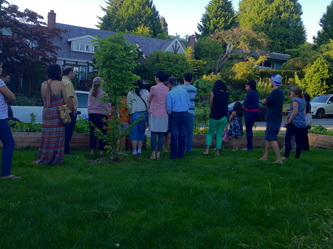 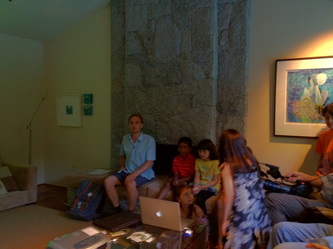 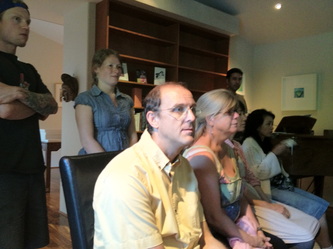 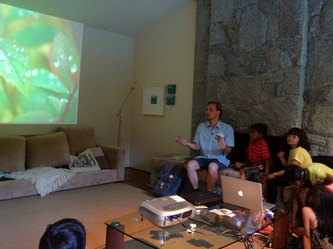 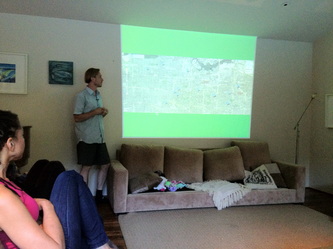 In this salon, we will discuss a film, Fractured Land, currently in development, about an emerging Aboriginal leader trying to protect his land and people. Director Damien Gillis and Executive Producer Daniel Conrad will lead the discussion and show the trailer. The film follows the life of Caleb Behn, a young Dene warrior who may become one of this generation’s leaders – if he can discover how to overcome fractures within himself, his community, and the world around him.

Like many emerging leaders, Caleb’s passion comes with conflict. He is gentle, soft-spoken, yet adept with deadly weapons. He sports a Mohawk and tattoos, hunts moose, and wears a business suit. His father is a devout environmentalist and residential school survivor. His mother is a top executive for the oil and gas industry. His people are deeply divided. They are at the epicenter of some of the world’s most destructive fracking operations. How does he balance their need for jobs with his sacred duty to defend their territory? He has arrived at a key moment in history, sees the contradictions, and wants to reconcile them.

We follow Caleb through the bush with his rifle, then into a law library. He graduates from the premiere class of the University of Victoria’s Environmental Law Clinic. And as 350.org founder Bill McKibben puts it, "Anyone who can throw a hatchet and sue you is a force to be reckoned with."


For those who missed the presentation, here is a recap!!
http://www.vancouverobserver.com/blogs/beevancity/artists-residence-film-showing-fractured-land-sparks-discussion-about-energy 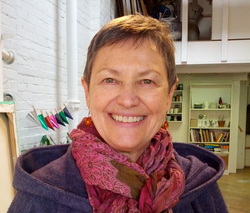 Isabelle is a mystic and a meditator.  A large part of her practice is writing.  This stream of consciousness writing takes her between the worlds and into the Universe.
This evening will be a combination of readings and journeys; voyages into the Universe.
I thought this quote to be apt.

The universe is transformation; our life is what our thoughts make it.
Marcus Aurelius 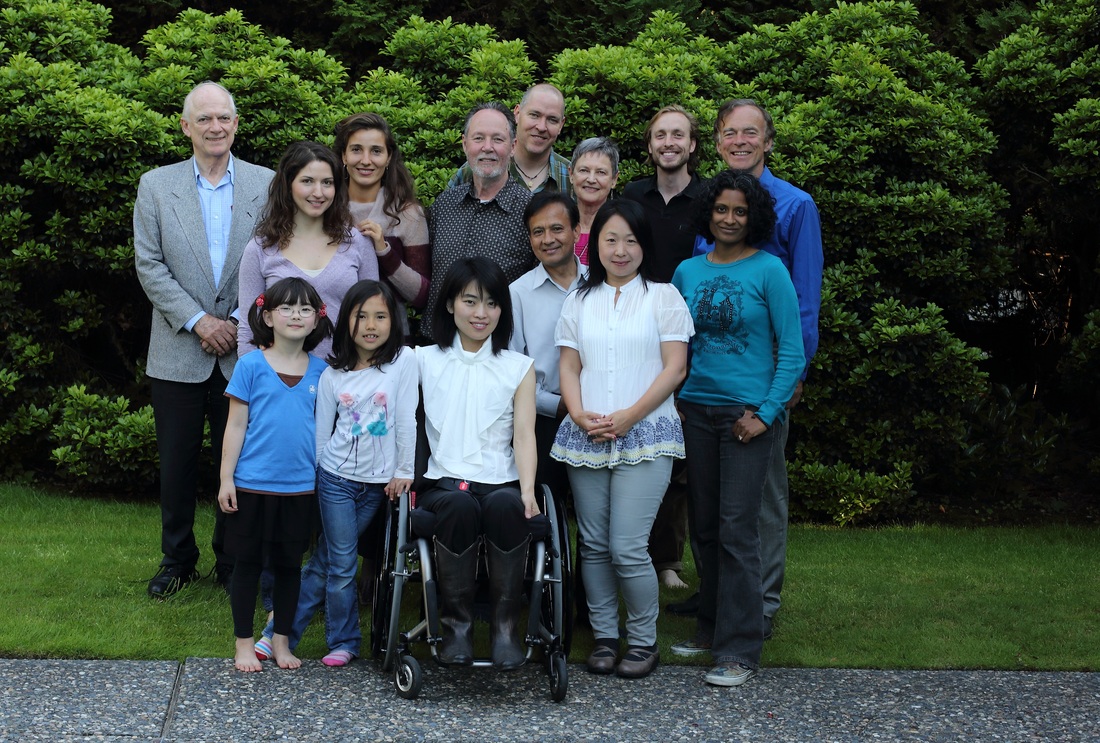