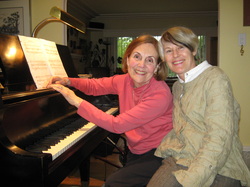 Just the same: Thirty-seven years of music and friendship


Jeannie Corsi comes originally from the Boston area where she began her musical studies at the New England Conservatory, continued at Sarah Lawrence College and eventually got her Master’s degree at Harvard University. She came to Canada at the time of the Vietnam War and has pursued a musical career as a teacher, performer and composer – living first in Montreal, then Prince Edward Island and since 1979 in Vancouver. She has two married children and three granddaughters.

After a 30-year dance career and a Masters degree in Dance, Janet Oxley came to Vancouver in 2005 where she now teaches English while also performing music in various venues. Janet first met Jeannie Corsi on Prince Edward Island in 1975. They worked together on several performances in Charlottetown, and shortly afterward, each went her separate way. Although they kept in touch and visited regularly in Vancouver, they did not work together again until this year. They are preparing a performance for a reunion of the P.E.I. community this August.  Janet retired from performing in 2001 to take up teaching English as a Second Language which took her abroad until 2005. She has one daughter who lives in Vancouver. Janet began singing with the dance company she was with in the 1980s, Le Groupe. From there she studied music and voice  at night and got a Bachelors degree in  Fine Arts,. In 1988, she then began choreographing her own work, which used the dancers’ voices as they danced. She researched and commissioned choral works which she put to movement. This work continued and culminated in her Masters research at UQAM in 2000 – 2001.

The Most Beautiful Experience

Albert Einstein has famously written that “the most beautiful experience we can have is the mysterious. It is the fundamental emotion which stands at the cradle of true art and true science.”

What is beauty? Why does Einstein value the “mysterious”? What role does emotion or feeling play in the sciences? And what does it mean to say that there is “true art” and “true science”? Let us explore together some of the profound implications of these powerful words written by one of the greatest scientists in history.

Dr. John H Spencer was awarded his PhD from the University of Liverpool in 2008, specializing in the Philosophical Foundations of Quantum Physics. His new book, The Eternal Law: Ancient Greek Philosophy, Modern Physics, and Ultimate Reality will be released at the end of June, and he will be giving a formal presentation for The Beacon Of Mind Conference at the Chan Centre for the Performing Arts on July 8, 2012.

A FIlm Screening
Accident by Design: Creating and Discovering Beauty (1998)

One of the deepest, most universal of all human responses is the experience of beauty. What is it? Beauty is found in painting, music, literature and dance; but also in natural wilderness, mathematical equations, the structure of biological organisms, physics, and the cosmos. "Accident by Design" looks for common principles. The film intercuts painting,sculpture, and dance with images from science and nature, and provocative interview clips. When forms of beauty from very diverse sources are brought together, the shared principles become visible.

Daniel Conrad, a filmmaker and writer, has Masters degrees in cinema and molecular immunology. He makes dance films and documentaries. His dance films look at the human organism confronting the alienated modern city and the natural wilderness. His documentary films focus on the aesthetic response, one of the most universal human traits. What awakens our sense of beauty? My personal response: Everything that makes life "beautiful" involves movement. The seasons, the tides, growth, development, aging, change. This coming Fall at the Kerrisdale Community Centre, we will screen some of his dance films, followed by a discussion. So come and meet the director and stay tuned for the film screening! ~ Editor-in-Chief


Where there is power, there is art. Where there is art, there is power. Explore the relationship between art and power from the Renaissance to present day. Linda Naiman presents a tapestry of art, images and ideas designed to inform and inspire, interspersed with thought provoking questions and dialogue.
We?ll discuss themes of power that have occurred in visual art from Michelangelo to Graffiti, how artists have changed our world view, and examine ways Popes, Kings, Queens, Emperors and corporate titans have used art to forward their agendas. 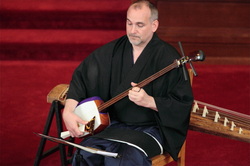 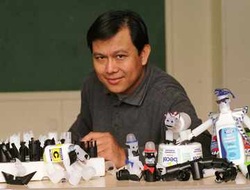 Oliver Samonte, aka Dr Recycle is coming back.!!

He will share his other passion, to set a world record, using one of his inventions.  Oliver wishes to show how a memory game can be used to adapt to various interest of life. Please come for a brainstorming salon. 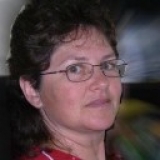 A hands-on workshop lead by Silvana Goldemberg Faifman, an award-winning Argentine-Canadian author of books and magazines published throughout Latin America and Canada.
Do you have great tales inside, but struggle writing them out?
Come and discover the pleasure of self expression by letting Silvana provide you with writing tips and help you get new ideas using music, pictures and games to create all forms of writing, in new and exciting ways.

I first got bitten by the acting bug when I was in secondary school in England.  The school put on a yearly production of a Shakespeare play and of course at first I was cast in supporting roles which gradually grew in size until I was cast as hylock in The Merchant of Venice.  I attended university where I became a very active member of the dramatic society. The society put on at leastone production a year and took a play and a late night revue to the Edinburgh Festival fringe. I particularly enjoyed one year at the fringe when I played a sizeable cameo in the play Antigone  by Jean Anouilh and then took part in the late night revue which had been written by a very talented graduate who was trying to make his way in the show business scene in London. For a while after I graduated I combined teaching and acting at The Mountview theatre club in north London which put on amateur theatre of a high quality. After I emigrated to Canada I continued to teach and took part in the amateur theatre scene in Winnipeg. Then I married and had a family and decided to commit myself fully to teaching. Only recently since I came to Vancouver as a retired teacher have I revisited my theatrical self. I¹ve taken part in several productions over the last few years and finally decided to put together a one person show which explores Shakespeare¹s life and times and how they are reflected in his plays.