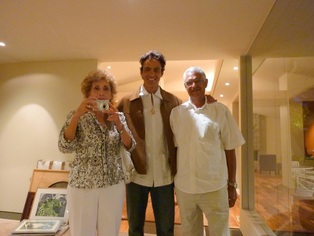 My life at a mundane level has been about being a Mexican tennis champion, a decent world class player. I never dreamt of being a professional tennis star; I found myself going through the motions. However with time it is becoming clearer - why I practice an individual sport at a high performance world class level.  I am waking up a lineage of healing - self realization - that has been dormant for several generations within my own family. I trust what happens in my life and there have been several occasions where I almost came out to share my journey. Yet, it hasn't happened until now. Thanks to Keiko and her salon seems like this will be the time that I may find myself peeing on my pants for the first time talking about it.

Thanks for considering attending! 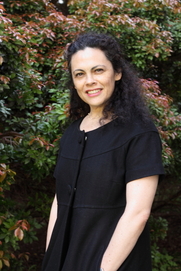 Exploring the scope and depth of her Mexican culture and bringing her curiosity over its marvelous reality and surrealism as the starting point for this work, Vancouver’s Salomé Nieto uses religious iconography, beliefs and traditions as inspiration for this work. An investigation into the themes of devotion, ritual and myth, Camino al Tepeyac is a metaphor for the convergence of two cultural and religious beliefs in one female deity that is the origin and end of all things. The Aztecs called her Tonancin (Our Mother Coatlicue) and after the conquest her name became Virgin of Guadalupe and the Mother of the Mexican people in the Catholic faith. 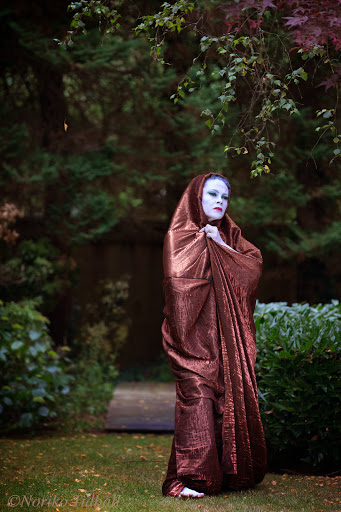 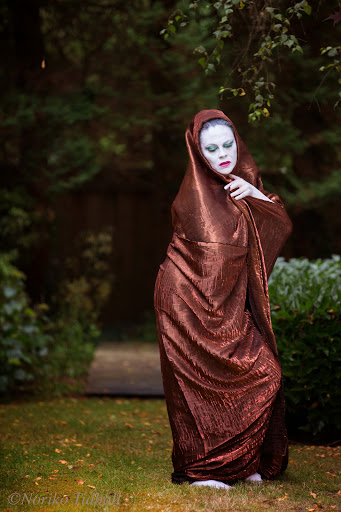 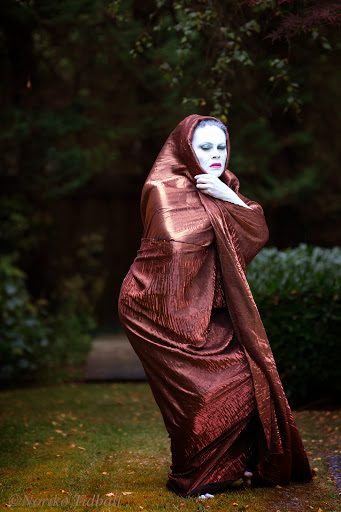 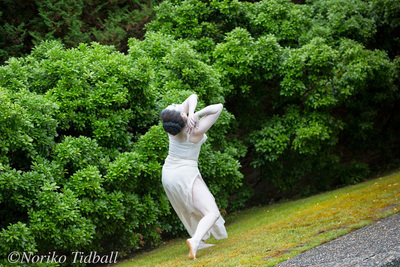 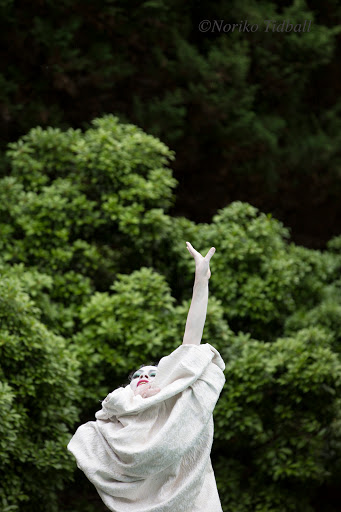 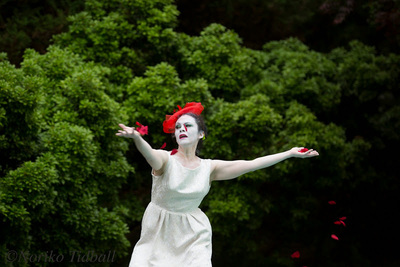 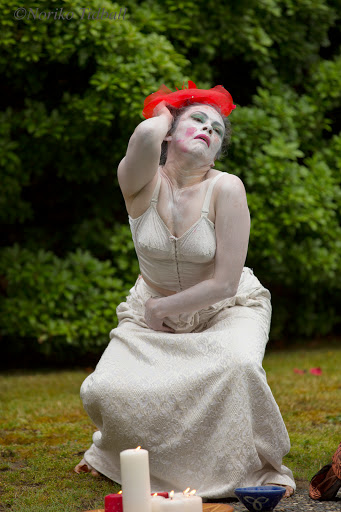 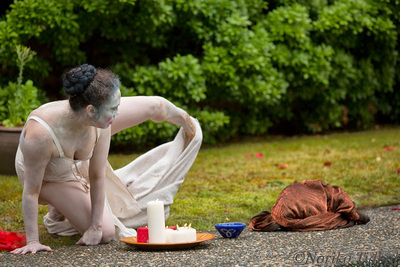 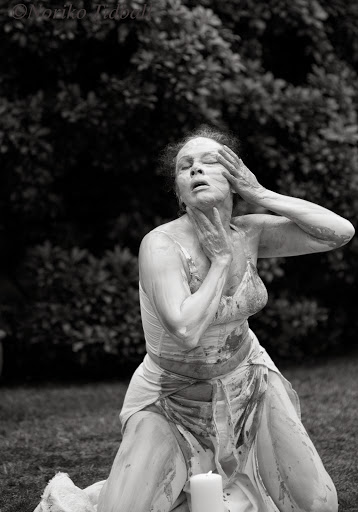 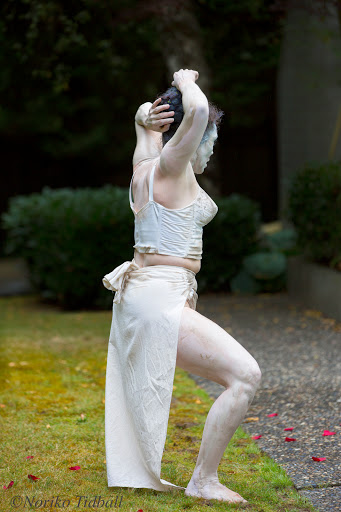 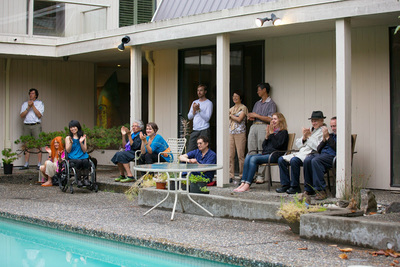 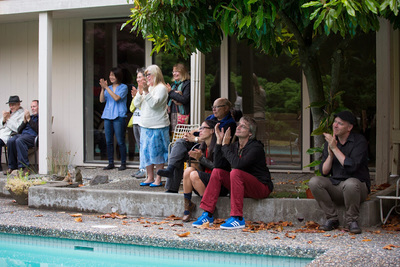 AIR Series 71: Readings of Ulysses (By Invitation Only) 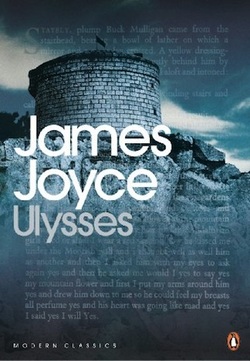 For first time in Southlands an evening in “AIR Series” will be dedicated to Bloomsday, presenting a reading by invited literary figures and mostly celebrating the wonderful Irish author James Joyce and his most famous publication Ulysses with beers!

We will be taking turns to read out loud passages from Ulysses! Please feel free to download free text from here. 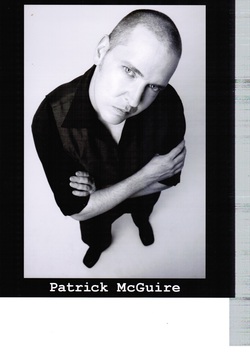 An Evening with Patrick McGuire (a.k.a. Mr. Renaissance)

After attending several of the salons for the A.I.R. series, Patrick has been inspired to share some of his own work at this week’s salon. As a writer, artist and world traveler, Patrick has been blessed (or cursed) with the kinds of experiences that might seem like fiction. He is an explorer of both the outer world and his inner self and both have brought him to many extraordinary places. He sees his role as an artist, to be, to live well and take notes but he does not do that in a conventional way. He uses photography as a way to document the places he goes but also uses simple abstract line drawings (which he draws from the subconscious) to inform a non-linguistic emotional state. His writing contextualizes events and brings them in line with his works greater themes. Patrick will be sharing some of his visual art and reading from his early creative nonfiction travel writing and would like to thank Keiko for this wonderful opportunity. 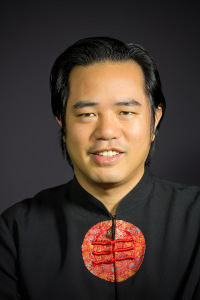 “Samsara is defined as the ‘round of rebirth’ or ‘perpetual wandering’, the sea of life ever restlessly heaving up and down, the symbol of this continuous process of ever again and again being born, growing old, suffering and dying.” -   The Buddhist Dictionary

SURVIVNG SAMSARA is a collection of poems and short stories, recounting the author Kagan Goh’s struggles with manic depression as he tries to survive the highs of mania and the lows of depression, tossed up and down upon the restless seas of Samsara.  As a survivor, Kagan gives us insight into an ‘insider’s’ experience of madness as he wanders through the Dark Night of the Soul.  He exposes the damaging effects of the stigma of mental illness, and explores manic depression not only as a mental illness but as a spiritual emergence which can be a vehicle for personal growth, healing and spiritual transcendence.  Kagan’s deeply personal stories illustrate his transformation from victim to survivor to activist.

Kagan Goh is a published author, award-winning filmmaker and an established spoken word artist who has performed at open mics, readings, festivals and radio.  His personal mission is to educate people about mental health issues and fight the stigma against the mentally ill.

Maria Salome Nieto is a professional dancer, choreographer and dance instructor based out of Vancouver, BC. She was born and raised in Mexico City where she received her early dance training in ballet and modern dance and graduated from the National Institute for Fine Arts in 1984.  In 1993 Salome began training in modern dance and Butoh with Barbara Bourget and Jay Hirabayashi, founders of Kokoro Dance and has danced in the company since.  Salome is currently exploring how the depth and the scope of her culture, her personal history and her past experience as both a contemporary and Butoh dancer meet and integrate.  Salome Nieto is the founder of paraSola dance, a Butoh company that bases its work on the marvelous reality of Latin America.

Nicholas Epperson is an accomplished cellist and composer.  He studied music at the Vancouver Academy of Music, Simon Fraser University and the University of British Columbia.  He has worked at Ye Olde Music Scoo’ on Granville Island.  He resides in Vancouver, BC.